Brother UK have been great advocates for apprenticeships over the years, using them to recruit new talent and develop the skills of their existing workforce.

The Apprentice Academy resourced two College leavers last summer to become business administration apprentices, Lewis Johnstone and Grace Sherrington, both of whom are progressing well and making a real contribution to the business.

We have already talked about Lewis previously in the blog piece linked here, and so we asked Gemmer Crozier, the Community Engagement Coordinator at Brother UK how Grace was getting on. Gemmer who has completed both a Business Administration apprenticeship and Leadership and Management apprenticeship with The Academy, had some really positive words to say.

“Grace has been with us for just over six months, during that time she has continued to develop and progress on her apprenticeship more than we could imagine. Grace is a very enthusiastic individual, hungry to learn and keen to develop her soft skills.”

It’s great to hear about how much Grace is progressing, despite only being less than half way through her apprenticeship. The support from Brother, plus visits from her Apprentice Academy coach Emma Brewer have contributed greatly to her ongoing development.

“Grace admittedly struggled with some aspects of her Customer Service role as would any other individual new to the world of work, but her determination has paid off and she is continuously pushing herself out of her comfort zone to achieve her amazing potential.”

Customer Service roles are not easy to start your career in, especially when you have just left education. The apprenticeship programme has given Grace the opportunity to practice the skills and the confidence she needs to excel in a difficult first role.

“She is a delight to work with and has had a good start to her career journey, we are looking forward to seeing where her apprenticeship takes her.”

At the Apprentice Academy, we pride ourselves in matching young people to apprenticeship positions, and it clear to see that Brother was a great fit for Grace!

Do you want to become an apprentice? Check out our current vacancies below 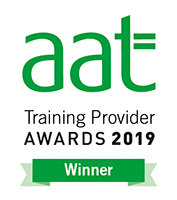 By Vickie Mitchell 18th – 24th May is Mental Health Awareness Week. Organised by the Mental Health Foundation…
END_OF_DOCUMENT_TOKEN_TO_BE_REPLACED
13 May

Life in lockdown certainly has its ups and downs! With this in mind, we have created our top…
END_OF_DOCUMENT_TOKEN_TO_BE_REPLACED
27 Apr

The Apprentice Academy has been delivering award winning apprenticeship training for over 10 years within Accountancy, Management, Housing/Property,…
END_OF_DOCUMENT_TOKEN_TO_BE_REPLACED
23 Apr